From sunny beaches and clear, cool waters to historical and cultural sites, not to mention duty-free shopping at bargain prices just to name a few, there’s really a ton of reasons why Guam should be on your list of must-visit paradises here on earth. Now if you’re into underwater diving or marathon too, two big and unforgettable events are happening on Guam this April that will surely make you pack your bags and go.

On April 7, the Guam Visitors Bureau (GVB) will commemorate the 100th anniversary of the deliberate sinking of the German ship SMS Cormoran at Apra Harbor, Guam in 1917 during World War I. Meanwhile, Guam’s annual premier running event, the United Airlines Guam Marathon, will kick off its fifth year with the HåfaAdai Expo and Packet Pick Up event on the same day.

What made the scuttling of this armed merchant raider significant was that it marked the “first shot” in the war between the United States and Imperial Germany in WWI. The ship came to Guam in 1914 as it ran out of coal while avoiding enemies throughout the Pacific. Since the U.S. was not at war then, Guam’s military governor allowed the vessel to stay and its crew to come ashore and befriend the locals, but he refused to provide them the needed coal. In 1917, the U.S. finally entered WWI, and the island’s military governor ordered the Cormoran’s captain, Adalbert Zuckschwerdt, to surrender the ship. Instead of complying, the captain decided to scuttle the ship. When U.S. sailors saw this, they fired a warning shot across the Cormoran’s bow to stop its crew, but to no avail. The ship was sunk, and nine of its crewmembers perished. 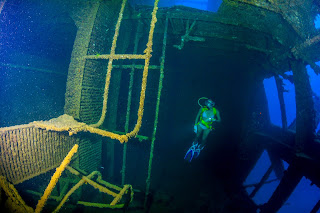 For the next 26 years, the Cormoran lay undisturbed in its watery grave. Then on August 27, 1943, during WWII, a U.S. submarine torpedoed Japanese freighter Tokai Maru, which sank and came to rest perpendicular to the Cormoran. This incident gave Guam a unique gift, making it the only place in the world where you can find shipwrecks from two different World Wars lying side by side. 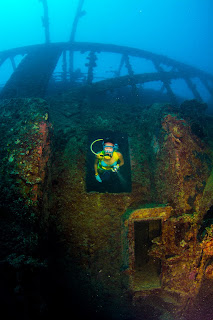 To celebrate the centennial of the Cormoran’s scuttling, a wreath-laying ceremony at sea and at the monument in the U.S. Naval Cemetery in Hagatña where the sailors who perished are buried will be held. Special dive packages are also offered, wherein divers and visitors can participate in dive tours to the historic wreck site. There will also be history lectures at T. Stell Newman Information Center.

The fifth edition of UGM that happens on April 9 from 3 to 11 a.m., is not just about running, but a host of pre- and post-race activities as well that can be enjoyed not just by the participants but also by the public. The HåfaAdai Expo to be held on April 7 from 12 noon to 6 p.m. (and continuing on April 8 from 9 a.m. to 6 p.m.) serves as the mandatory participant packet pick up location and is open to the general public. Festivities will include a running clinic by 2000 Sydney Games Olympic gold medalist and UGM ambassador Naoko Takahashi, sponsor booths, live entertainment, cultural activities, food and beverage concessions, shopping for official UGM and running merchandise, and other only-on-Guam activities. Additionally, there’s the runners perks program that features a diverse set of shopping incentives and other discounts that all registered runners, visitors, and local residents can enjoy. 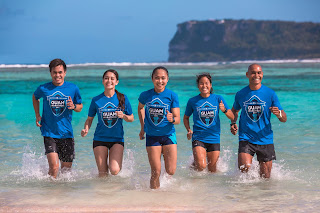 The UGM is also sponsored by the Guam Visitors Bureau and the Pacific Islands Club.

For more information on the SMS Cormoran centennial commemoration and the 2017 United Airlines Guam marathon, please visit www.unitedguammarathon.com and http://www.visitguam.com/SMSCORMORANGUAM/